For folks that know me, I tend to be a bit of a researcher–not by profession, but just as a person. I desperately want to know how things fit together, how they operate, the conditions in which they operate well, and when they don’t. A constant struggle for me over the past several years is the sheer volume of fitness advice out there that is either anecdotal, unsubstantiated, under researched, or the research is biased. I don’t think it takes much imagination to realize that this is a problem. Case and point: have you tried any new fitness advice lately? Did it work? Why or why not? I bet you did (the New Year wasn’t that long ago) and I bet it didn’t go as planned.

I think the most frustrating part of the process is that you quickly become stymied–it feels impossible to move forward because you don’t actually know whether the advice you’re about to follow is actually worthwhile or damaging to your body. My advice: choose something but try to corroborate the advice with other resources (preferably ones that are not in cahoots with each other, which turns out to be surprisingly often).

To that end, I’ve been looking at a plethora of running-related fitness advice. You have the more traditional sort of approach to long distance running, such as what has been outlined in Advanced Marathoning, where it’s really about racking up miles. Then there’s Run Less, Run Faster, sponsored by Runner’s World but written by Bill Pierce, Scott Murr, and Ray Moss–all recognized professionals in fitness circles. They advocate that you can essentially run less, but run harder to build the adaptations needed. There’s a book, The Unbreakable Runner that goes even further and folds in more strength training to help round out your running, rather than to add more miles.

There’s a bunch of material challenging current thoughts about running form, such as Born to Run, and things like the Pose Method, CrossFit Endurance (as advocated in The Unbreakable Runner), and material that seems more modest, such as The Cool Impossible that appears to advocate the best of everything but in moderation. Along with the advice running store employees, physical therapists, consultants, and just about anyone else who has spent time running, the sheer volume of information is simply overwhelming. If I was a different person, I’d honestly walk away from it all rather than trying to sieve through the material for the bit that seem credible (I say seem because it’s hard to verify whether anything is actually credible).

Of course, this doesn’t even scratch the surface of material, and it doesn’t take into account any personal injuries or variances in your body that may alter the training strategy.

I do think there are some concrete things to build upon. For instance, it’s been pretty clear from the majority of material that cross-training of some form is a good practice and prevents injury. It’s also clear that a gradual increase of distance is far preferable to suddenly increasing the miles you run in a week (or just a run). Avoiding over-striding and heel striking makes a lot of sense, though I think there’s a lot of confusion on how to make that happen and what it should look like, though a general trend seems to be that increasing your cadence helps considerably. It’s also clear from research that even though things like High-Intensity Interval Training (HIIT) can help you fit in workouts, there are some adaptations that only come with sustained cardio effort. Likewise, avoiding HIIT and strength training entirely is depriving yourself and leaving potential gains on the table. It’s pretty clear that your schedule should have both hard and easy days–that you plan in recovery time. Making every run a hard run or every workout a hard workout is a recipe for injury. Worse that that is that it often leads to quitting. 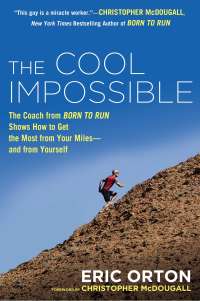 So where do I stand? At the moment, I think there are a few books and ideas that really stick out in my mind. Building Your Running Body is at the top of the list. Not only does he have a lot of scientific backing, but I believe the attitude is right (he really wants to keep you active and injury free–it’s hard to miss that theme in his book). Also, Becoming a Supple Leopard appears to be pretty chock full of good advice. If nothing else, it’s a great collection of material that has been said piecemeal everywhere else. I think with the Supple Leopard book, there are a few things to keep an eye on–for instance, the driving of your knees out while squatting. There’s definitely some controversy there, but that doesn’t mean Kelly is wrong–there’s much that we know today that was considered wrong at some point. I do think it means you need to judge for yourself. If it causes pain, that’s a pretty clear sign to stop–and Kelly is awfully clear about that (as well as many other authors). I also believe that The Cool Impossible strikes a pragmatic approach to running, running form, and developing your body. Again, most of it isn’t ground breaking, but having it brought into a single book is worthwhile. 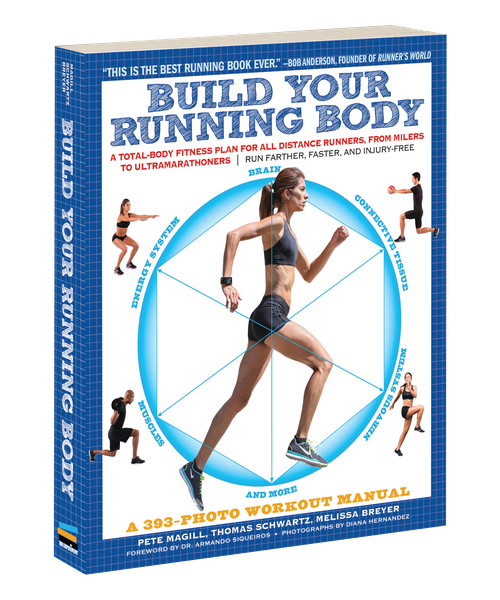 Finally, the more I learn, the more I understand that I have to experiment on my own. I’m also going to try some other strategies, such as attending Eric’s Cool Impossible Running Camp. I think the real trick here is striking a balance where I stay injury free, but make progress. In fact, if I have to choose between faster progress with an increased risk of injury or slower progress but less risk of injury, then my personal answer is going towards the latter. My only problem with that strategy is that I tend to push myself hard, so it’s an effort not to fall into the trap of pushing too hard.

More than anything else though, I’m going to keep reading and learning! Good luck on your own fitness adventures!